Borgo Castello is the oldest part of Andora. You can easily reach it on foot from our hotel, also through some hiking paths. This area includes the church of Saints Giacomo and Filippo and the Castle of Andora, the Paraxo, the medieval home of the Marquises Clavesana. The area is built on a hill overlooking the valley of the Merula river. It has a splendid panoramic view of the gulf, the city, and the entire hinterland of Andora. 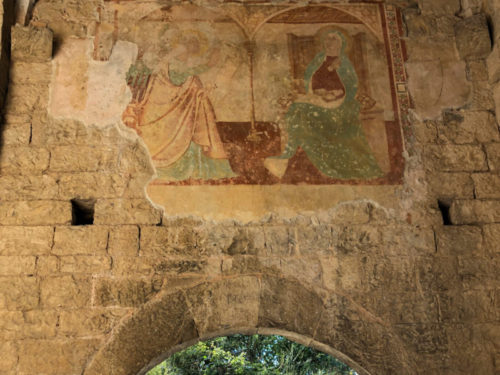 The church of Santi Giacomo e Filippo dates back to the second half of the thirteenth century. With a basilica-style structure with three naves and three apses, this church is considered a remarkable example of late Romanesque architecture of western Liguria. Next to the church lies a bell tower: an ancient fresco is still visible inside.

Paraxo is the site of the first human settlement in Andora. It dates back to the early Middle Ages: of this thirteenth-century building it remains only the ruins of the walls and defensive towers. It became, in the XII century, the residence of the Marquises of Clavesana, before being sold to the Republic of Genoa in 1252.

Estate Musicale Andorese has been held in Borgo Castello for over thirty years. This prestigious classical music festival that takes place in the church of Saints Giacomo and Filippo, due to its perfect acoustics and striking architecture.

For more information, you can consult the following links:
Andora Turismo
Tripadvisor

Any cookies that may not be particularly necessary for the website to function and are used specifically to collect user personal data via analytics, ads, other embedded contents are termed as non-necessary cookies. Those cookies can be deactivated by the user.